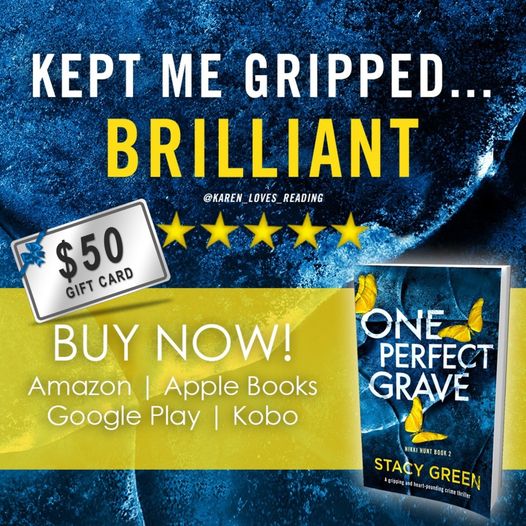 She didn’t see the patch of black ice until it was too late. The car started to spin, and as it veered off into the deep ditch and the mounds of snow beside the road, she saw him. The little boy frozen in the ice.

When the remains of two bodies are found in an open grave along a desolate highway in Stillwater, Minnesota, Special Agent Nikki Hunt knows exactly who they are. The bright blue jacket lying on the frozen earth belongs to Kellan Rhodes, the missing boy she’s desperately been trying to find for the last two days. The other body is his mother Dana, who had been Nikki’s lead suspect.

Although the wounds on Dana’s body suggest she murdered her son and took her own life, Nikki finds evidence that suggests she was a victim too. Dana was desperately trying to regain custody of Kellan, and Nikki finds boot prints at the scene that belong to someone else.

When another child is reported missing, local journalist Caitlin Newport claims the cases are linked: Zach Reeves was taken away from his own mother in a custody battle, just like Kellan was.

Caitlin once helped Nikki find out the truth about her own parents’ murders, but her desire for a story nearly cost Nikki her life. Now, Nikki must decide if she can trust Caitlin again, before time runs out to find the killer and bring Zach home alive…

An unputdownable thriller that will make your heart pound until its final, shocking conclusion. Perfect for fans of Robert Dugoni, Karin Slaughter, Lisa Gardner and readers who want to binge read into the night.

To enter, check out the requirements on her Facebook page.

Enter to win by March 15th!