The Hidden By Melanie Golding 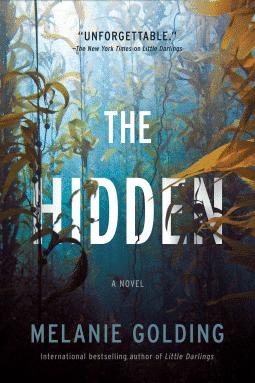 Monsters are everywhere. And some of them are really good at hiding.

A wonderful mash-up of Nordic folklore and modern-day suspense, The Hidden is a masterpiece of time and mood. The story begins with a mother abandoning her daughter on a cold, city street and then disappears into the ocean. And so the story begins, unfolding across flashbacks that tell of the events that led to that moment, and present-day narrations that follow the on-going investigation into the child’s subsequent abduction.

Melanie Golding is a master story weaver. With several characters and lots of breaks in timeline, this book could have been a disaster, but it was brilliantly written and I couldn’t put it down. I empathized with the characters from the start, was entirely creeped out by the antagonist, and was on the edge of my seat as the final pages brought it all to a satisfying end. This is a fantastic psychological thriller…the addition of folklore and a bit of magical mystery is just icing on the cake.

What I Wish Had Been Different

While I thoroughly enjoyed the conflict and the building tension, there were moments when I had a hard time believing that Ruby, the main protagonist, didn’t catch on sooner. I think the author did an amazing job painting her as vulnerable and naïve, but there were a few moments when I struggled to understand how she didn’t just cut bait and run.

One dark December night, in a small seaside town, a little girl is found abandoned. When her mother finally arrives, authorities release the pair, believing it to be an innocent case of a toddler running off.

Gregor, a seemingly single man, is found bludgeoned and left for dead in his apartment, but the discovery of children’s toys raises more questions than answers.

Every night, Ruby gazes into Gregor’s apartment, leading to the discovery of his secret family: his unusually silent daughter and his mentally unstable wife, Constance, who insists that she is descended from the mythological Selkies. She begs Ruby to aid in finding the sealskin that Gregor has hidden from her, making it impossible to return to her people.

DS Joanna Harper’s investigation into Gregor’s assault leads her to CCTV footage of the mother-daughter pair from town. Harper realizes she knows the woman almost as well as she knows herself: it’s her estranged daughter, Ruby. No matter the depth of Ruby’s involvement, she knows she will choose her daughter over her career.